Although the update has come a bit earlier than the previous core update, it shouldn’t come as that big of a surprise. It has been over three months since the last core update, the May 2022 Core update.

According to Google, the September 2022 core update will roll out by the end of this week. September 2022 broad core update will do the same, with a focus on rewarding websites with useful content. Not surprisingly, the search engine optimisation community has much to say about it, and most of it is unfavourable.

A Twitter user, Cici Jonat, was quick to notice the lessening gap between each core update, claiming that any day now the core updates will only be a month apart.

Although the SEO Updates are launched with the intention of improving the search results, they don’t always work the way they should and end up rewarding poorly performing websites. At the same time, these updates can also negatively affect the rankings of great websites.

This is why each update receives such intense reactions from the SEO community. Kimjolasoso’s reaction isn’t that different. With the completion of the Helpful content update, she thought that she was in the clear, and quite happy that her website’s rankings were not affected. However, the new September core update signifies that there’s no rest for the SEO community. 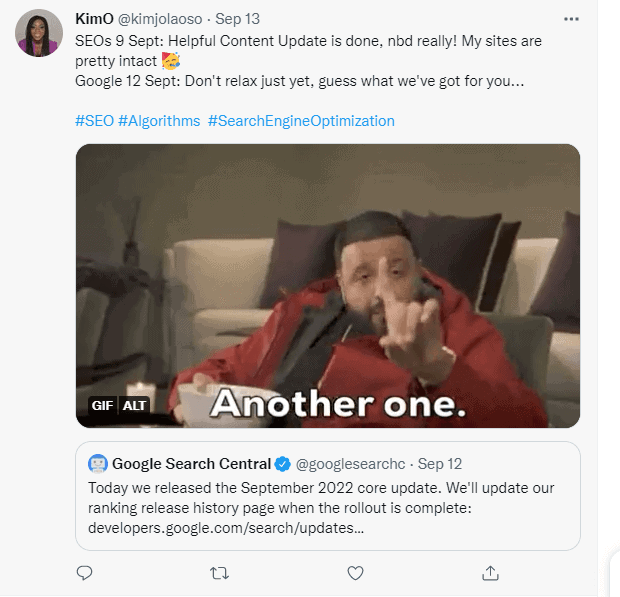 Another Twitter user, Kevin_Indig, has a somewhat different reaction, speculating that maybe the Helpful content update didn’t have much of an impact, so google had to call in the big guns, which could explain the Core update. 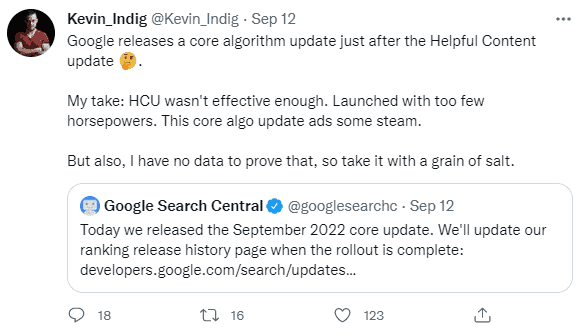 Areej Abuali, on the other hand, had a piece of great advice for all the people losing their shit. It’s an update like any other update, and more updates are bound to follow in the near future. Instead of moaning about these updates, marketers should focus on optimising the website to offer a great user experience. 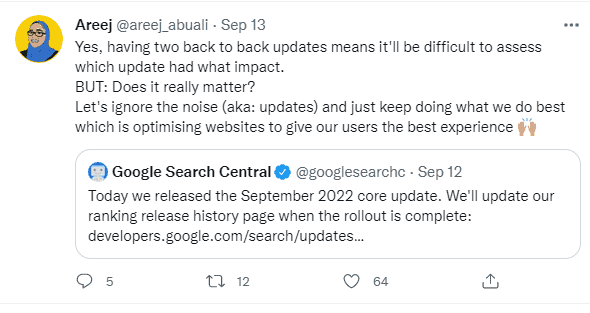 You can continue reading what the Twitter SEO community thinks about the update to see more perspectives on the September 2022 Broad core update. 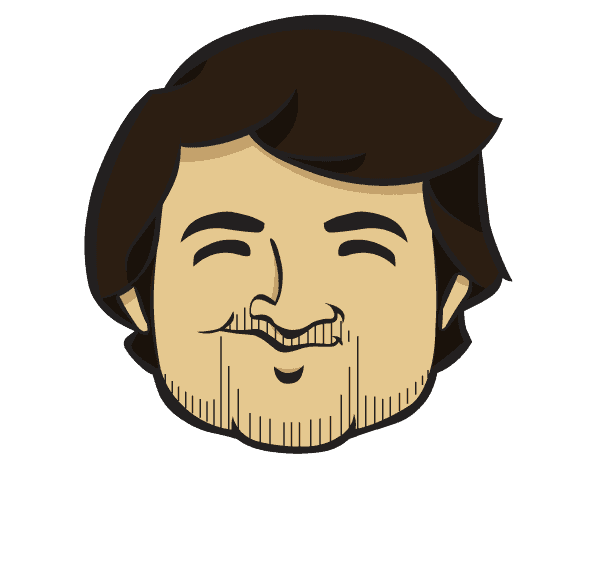 Microsoft’s Bing search engine is all set to gain a boost with the integration of OpenAI’...Read More 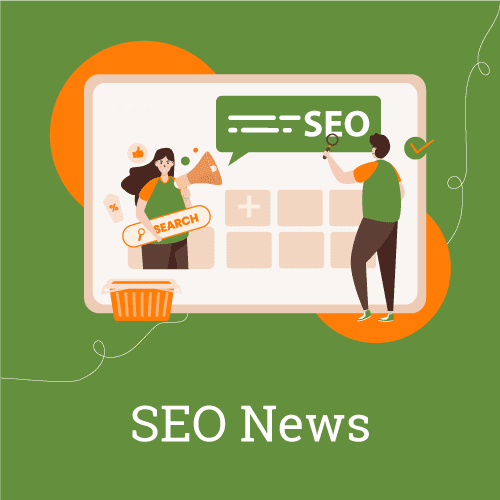 March 2019 On 27th March 2019, Dmytro Gerasymenko, Ahrefs CEO, announced that they were working on a...Read More